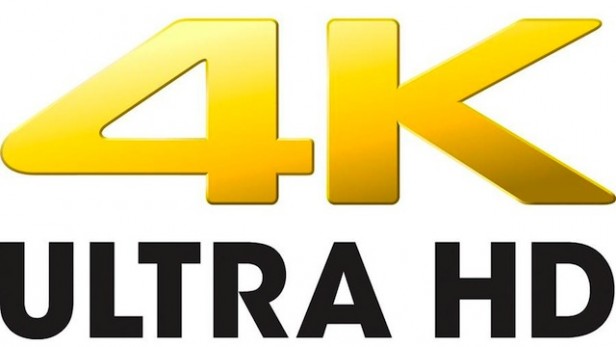 The promised land of ultra-high definition lies beyond the domain of 1080P video camera technology, but consumers are already getting a taste of the super-clear images that Ultra HD provides, and they like it. Why not? The field of view is larger, and the high frame rate and resolution of 4K video allows images to be magnified without noticeable blurring. Cinematographers have been shooting in 4K for more than a decade. Judging by the reaction to Sony's latest 4K camcorder debuted at last year's consumer electronics show (CES 2015), the camcorder market is ready now. Why aren't 4K surveillance cameras everywhere?

There are good reasons why 4K CCTV products have seen limited spread in the market. But before we discuss why, it's important to understand standards and terminology, since both are confusing consumers.

There are two 4K standards, one for film and cinematography and one for TV and video games. DCI 4K is the current cinematography standard. It gives film makers images with a resolution of 4096 x 2160 pixels and a 1.9:1 aspect ratio. UHD-1 is the standard preferred by television broadcasters and video game developers. UHD-1, or Ultra High Definition TV standard, specifies a resolution of 3840 x 2160 with an aspect ratio of 16:9, an international standard since 2009. Since 16:9 is the most common aspect ratio in television and computer monitors, it is one of the reasons UHD-1 has become the surveillance camera standard.

The term “4K” comes from the approximate horizontal dimension of the video sensor in pixels. This is a different way of discussing camera resolution for most surveillance camera professionals, who have for years referred to cameras by the number of vertical lines of resolution, such as 700 lines, or 1080 lines/1080P, etc.. Using the same reasoning, a 4K camera could be called a 2160P camera, but no one does that. That would be silly, right?

Happy consumers are pushing Ultra-HD technology, and YouTube has allowed Ultra-HD video uploads since 2010. Theaters started projecting movies in Ultra-HD resolution in 2011, and a year later the same resolution showed up in home movie theaters. Netflix has been streaming 4K VOD selections since 2014, about the same time Amazon studios adopted 4K technology for their original series and pilot episodes.

The extra data available in 4K video streams looks great when used for entertainment. Ultra-HD images can help referees judge close plays and security personnel monitor crowds. The Rugby World Cup in England used 4K security cameras in Newcastle in 2015 to monitor activities in the “fanzone,” an extended portion of the stadium loaded with spectator activities. The Fox Sports “Super Zoom” 4K system, first used in 2013, helped referees decide a close call during the Green Bay Packers and Dallas Cowboys game on December 15 of the same year. Fox Sports does not regularly broadcast in Ultra-HD, but since then Fox Sports has used an array of six 4K cameras during Superbowl events.

The large amount of data generated by Ultra-HD has drawbacks that effect consumers, who need at minimum a compatible 4K television and an internet download speed of at least 25mbs for good streaming. With files that average 40G, downloading content in Ultra-HD resolution presents issues with bandwidth and data caps.

In general, the concerns expressed by the general public mirror the concerns of most surveillance system users with respect to Ultra-HD adoption. That hasn't stopped the market from moving forward. The big players, Sony, Panasonic and Bosch, have all had high end 4K surveillance packages for years. Low cost high quality

4K CCTV cameras are coming. Arecont Vision, for example, debuted a 4K camera with 8.3 megapixels and a 30FPS frame rate at ISC West 2014.

While it's possible to find low cost 4K IP cameras for less than $500, better cameras demand more from your wallet. High end equipment may net $2000 or more per camera. Don't forget infrastructure, since most surveillance networks using analog cameras won't have high quality transmission lines that Ultra-HD signals depend upon. Complete the basic system with an Ultra-HD compatible video recorder/NVR and compatible monitors. Make sure you have enough storage media to archive your content. Until Ultra-HD compression and broadcast standards are defined, streaming your content might be problematic so remote viewing may be limited. Signal conversion equipment might be another line item on your budget.

Organizations with deep pockets can reap the benefits of 4K surveillance today. Ultra-HD security networks are popping up in airports, casinos, luxury resorts and similar organizations. These businesses value the wide field of view, the ability to zoom without degrading the image, and overlapping fields of view. Facial recognition software is faster and more accurate with Ultra-HD images, which helps with incident management and reporting.

The 4K security camera wave is here, but it hasn't moved too far and it's not moving too fast, especially for the average consumer. For now it's lapping the feet of organizations with extreme liability concerns and those with liberal budgets. But surveillance professionals know how fast technology changes. Lower cost products, advanced analytic software, or a high profile crime solved by 4K surveillance could all push adoption rates for Ultra-HD CCTV networks.

Sign Up for exclusive updates, new arrivals
and insider-only discounts